A while back I was given a bunch of hi-fi audio equipment by an ex-colleague. He was having a clear-out and offered the stuff to me. A big stack of Marantz gear was cleaned up and is now doing service at a friend’s restaurant, the other thing was this Sony tape deck. Don’t know the year, but it’s fairly high spec. I had powered it up, it made a rumble and a few clicks but that was about it other than the screen coming alive. I put it aside for further inspection.

Welp, pulled it to bits and found the same problem that plagues most old tape decks… bad belts. I ordered a replacement kit for it and a new belt for my record turntable at the same time. Pulled the tape deck to bits to change the belts out. 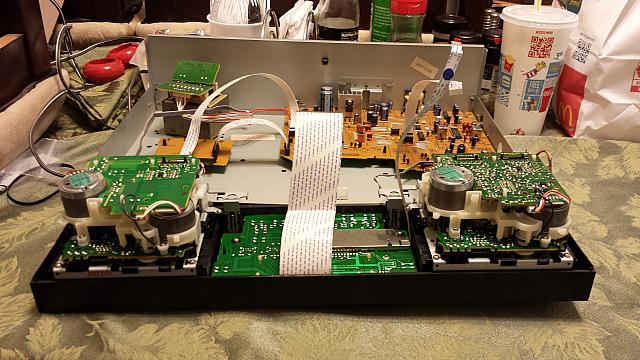 Having found the manual online at HiFi Engine, I started stripping the mechanism down. 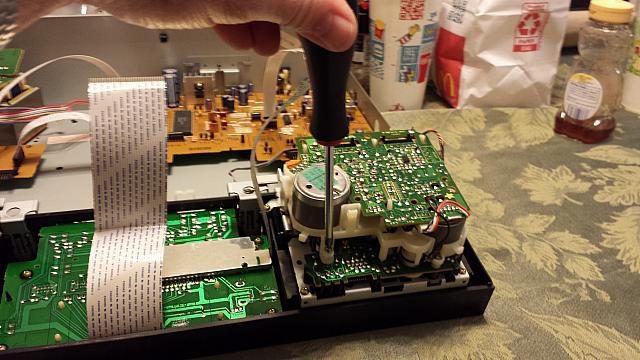 Nicely designed, with the service technician in mind. Three screws and the motor cage lifts off. 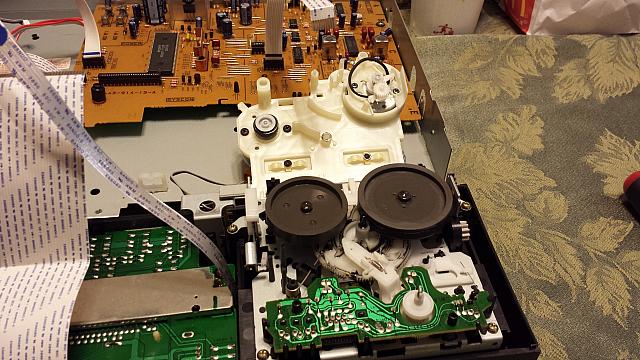 The main drive belts had turned to the consistency of warm liquorice. I peeled the remnants off the pulleys.. 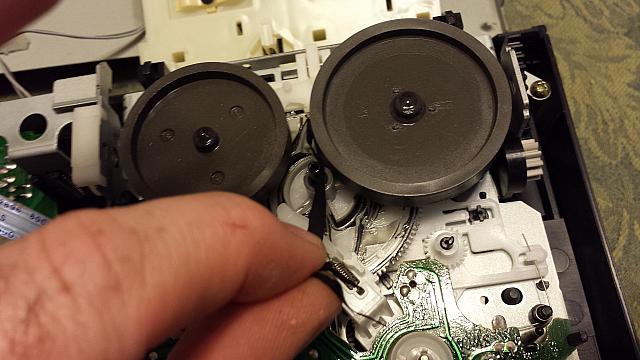 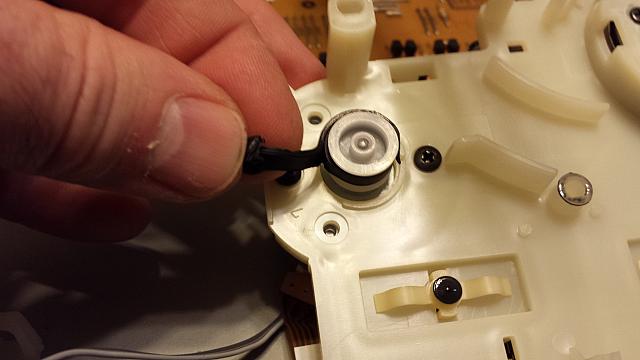 Cleaned it all up with isopropyl alcohol and Q-tips. Fitted the new belts. Helpfully there’s little claws to put the belt around, which keep the belt outside the edge of the pulley it has to sit on. 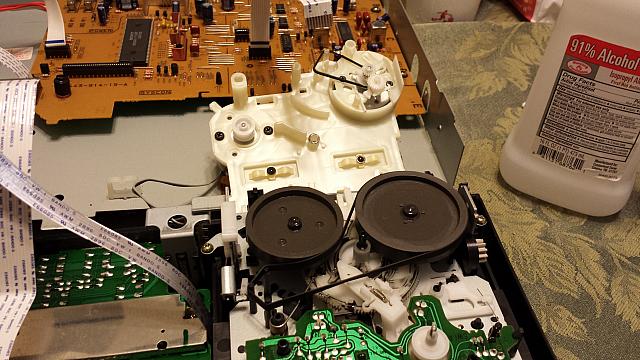 With the motor cage screwed back down, knock the belt off the claw and neatly into the pulley groove. Ditto the main drive belt: 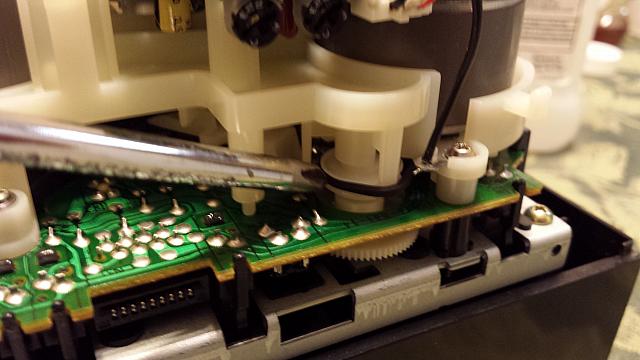 To show it’s all back together we have a wonderfully blurry photograph sorta showing the innards all put in. 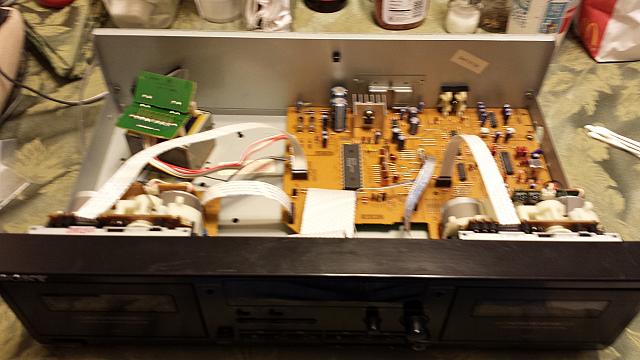 Cleaned up the heads and capstan pinch-rollers. The head mechanism on each deck is fantastic. The clockwork amuses me- it’s an auto-reverse deck so when the direction is changed, the head assembly drops down a half inch and the entire thing flips round 180 degrees then pops back up to meet the tape again. 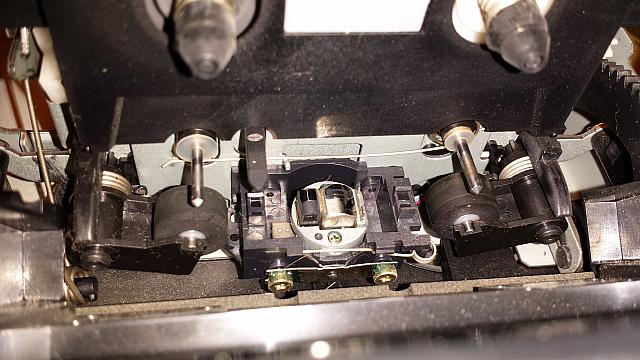 Finally, a Rolling Stones tape playing, after a little adjustment of the heads. I really could do with a proper set of alignment tapes. 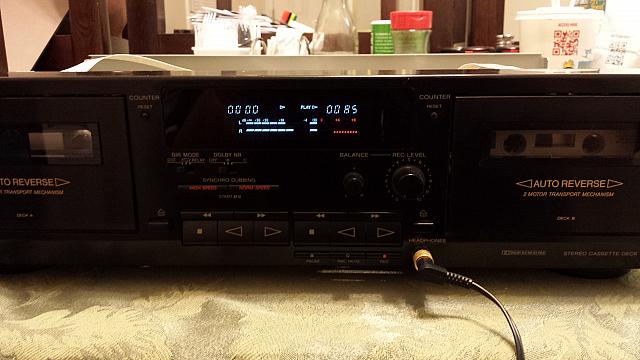 It’s now in the living room, making the stack of audio equipment I have look even more bizarre. Black face, silver face and grey plastic turntable. Tech through the ages.