I’d been having a bit of trouble with the matrix quad audio positions on the QX-747. As in, the quad wasn’t working.

I sat down, thought critically about the operational description, looked at the block diagrams logically and studied the circuit diagrams.

2-CH worked properly, as did 4CH CD-4 but RM and SQ were marginal at best and RM favored the left channel, and both were a bit muffled sounding.

Determined that the cause must be early on in the decoder board, most likely the left channel. Popped the lid off, removed the CD-4 matrix board (sits on a bracket above) and inspected the decoder board. 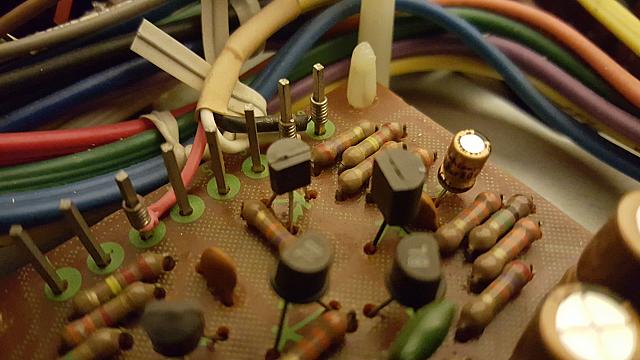 Aha yes. Spot the culprit. There’s a PNP transistor early on in the left channel circuitry with the B and C legs transposed. It’ll pass current but not how it’s meant to! 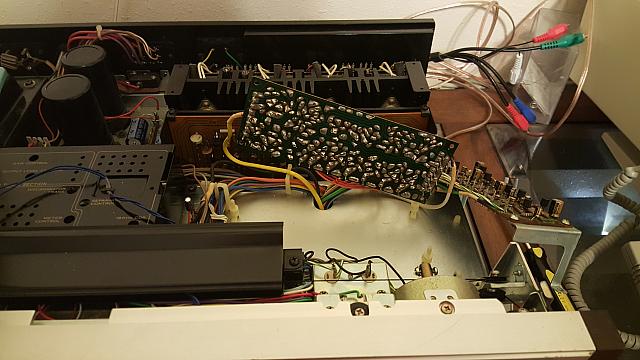 Popped the board off the plastic lugs, did a bit of surgery and put a brand new KSA992 in.

Result? Now it works properly, sounds clean and albums like Dark Side of the Moon play in another added dimension. Currently listening to Billy Joel. Impressive to listen to now. This is recorded (mostly) as if you’d be sat in the middle of the recording studio, listening to the band play. I like that. Worth the $0.12 transistor!