Finally, I added another coat of stain to the grille face of the speaker that I rebuilt. 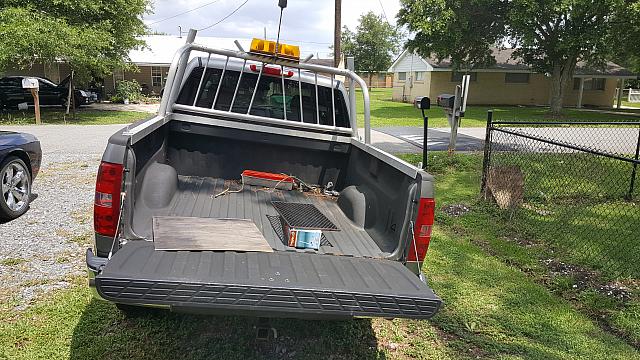 Sat on the cardboard box in the back of the truck to dry in the sunshine. Plank of plywood next to it for the PSU project I’ve been building.

Once the stain had soaked in it got buffed off and left in the sun a while, then I gave it a coat of Tung oil and let that set. 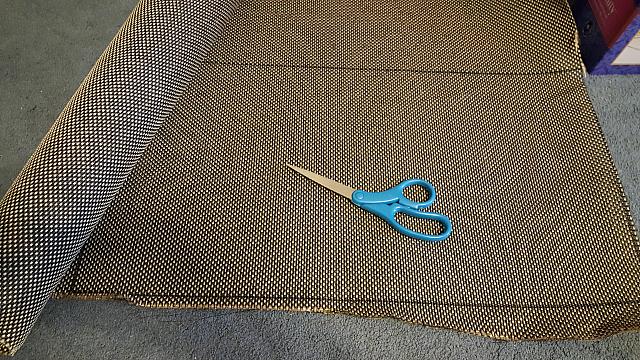 Measured and cut the cloth. Stretched and stapled it into place on the spacers. 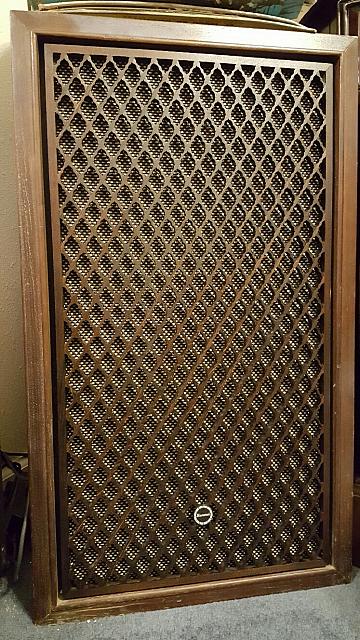 Added the badge back on and put it in place. Looks sharp!

Had a bit of spare time and inclination today so I took all the connections off the back of the McIntosh after labeling the wires. That’s a task in itself.
Removed the old multi-cap can. Took to the base of it with the Dremel. I had wanted to retain the original look of the capacitor as the top of it sticks through the chassis. The old brown heat marks show the point where it shows. The Dremel cut is well below the visible line. 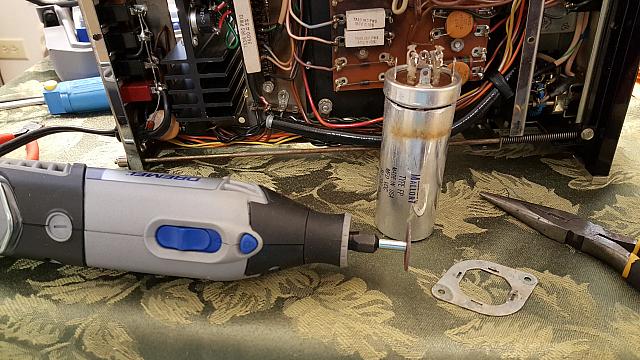 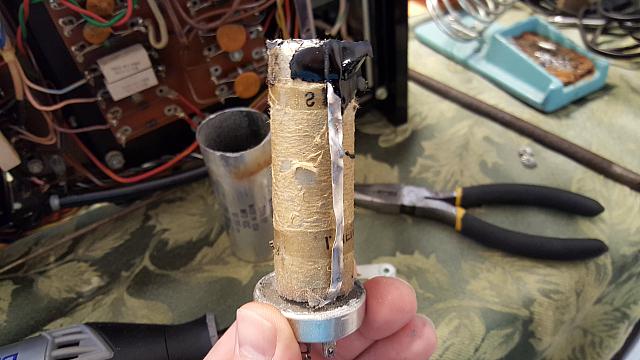 Cleaned the dregs of tar out of the case after softening it a bit in boiling water. 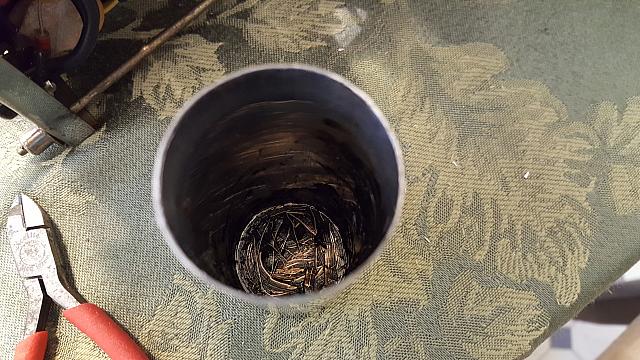 Removed the old capacitor wad. Four new caps to fit inside. It would appear Nichicon listened to the classic audio crowd because these are common values and voltages the the era, designed to fit inside old cans easily. 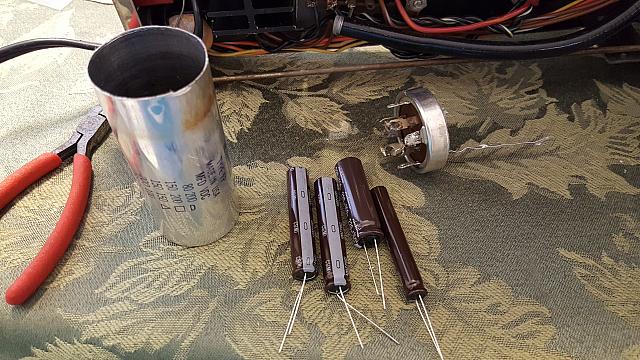 Fitted the caps all in place. They fit nicely. Actually over the spec of the originals on voltage and temperature. They should last. 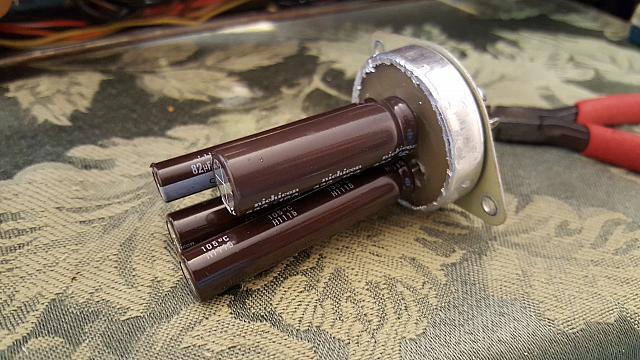 Had to drill the base to pull the leads through. Kept the original markings intact. 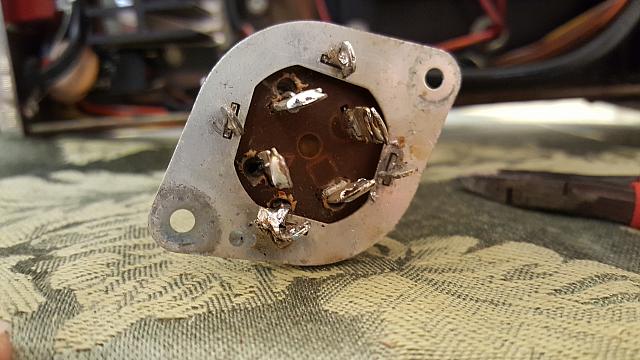 Glued back together it looks nice. Gave it a bit of a buff up with a bit of metal polish. 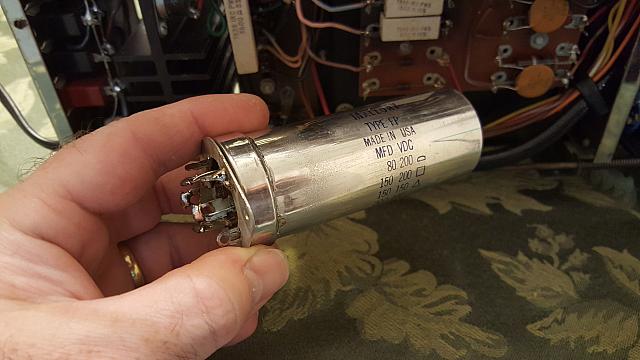 Looks neat back in the chassis. Sitting listening to it now and it’s running happily. 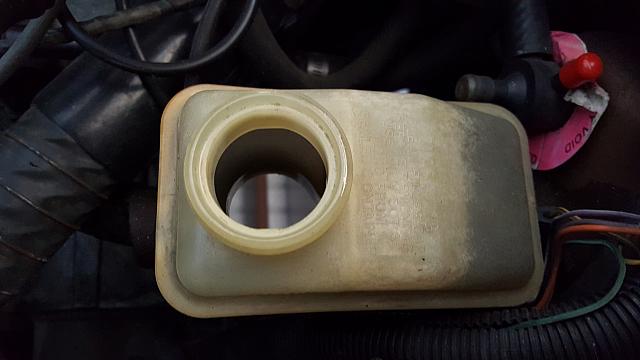 Weather today was nice enough and I had the day off so I set up on the ramps and pulled my brakes to bits. 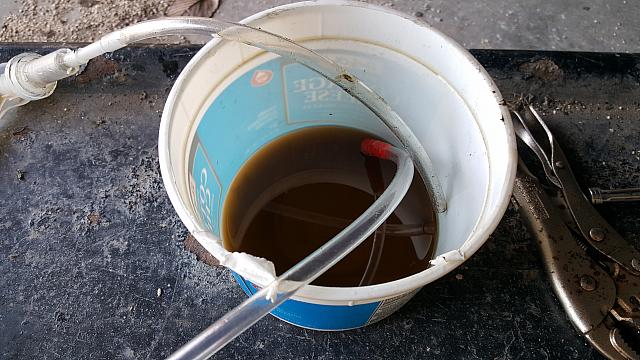 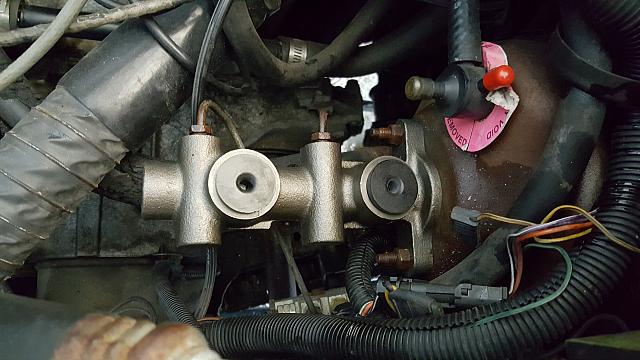 New fluid. Certainly better than the old. Tried vacuum bleeding the system but ended up with an infinite supply of bubbles and not much fluid so called SWMBO in to shove on the pedal a bit.

Net result is brakes, but I did notice that the back section of the reservoir would never empty when bleeding, only the front. Pedal is better and the brakes are fairly sharp but now it feels like you hit the sliding shuttle inside the master cylinder and it’ll go no further. I think the bias valve is stuck one way and only working the system on half of the, er, system. The other half of the system then just making pressure against the valve and it going nowhere.

I’ll have to get a split-O 12mm to try and get that undone- 6 pipes that have never been undone that are steel into aluminium. That bodes.

I might try and source a replacement first.. not sure if it’s a Bendix part or Renault or none of the above.

Square one. I hate brakes.