This is a fun one for me- I’ve had this radio since I was about 12- I had gone to my school for the tombola/fair/jumble sale. I bought one of two radios, initially the one I god was a white plastic deal, brand I forget, and one of my friends- Alex Biffin- bought this one, for 50p (about, what, $0.75 these days). I bartered this one for his radio as this one worked better. It’s a Roberts RIC-1, the first radio to be produced in the UK to incorporate an integrated circuit (IC) into the design, making the design a lot smaller. 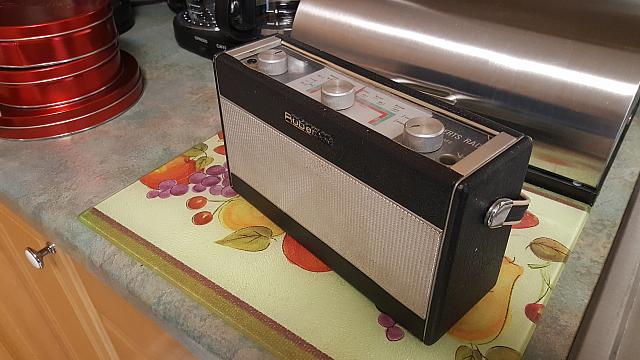 It worked for a while until I dropped it and it stopped playing. I took it apart and determined the cause was the IF oscillator coil because it would sometimes crackle into life if I twisted the can. I tried to search around, went to the radio shop in Wells (long since gone) but nobody had the part available, so I shelved the radio.

Fast forward two decades and I decide to pull it off the shelf and try fix it, with greater knowledge, experience and Internet behind me these days. I found a service manual for it, something that was totally unavailable back in the day. 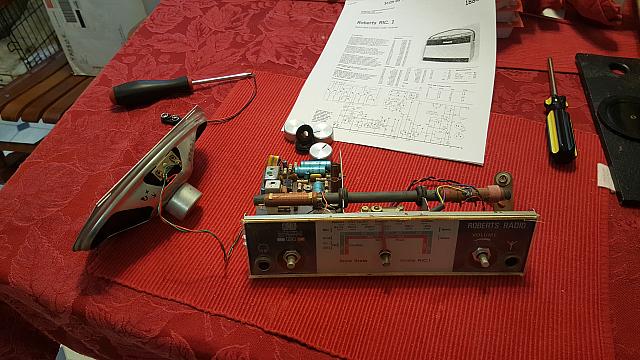 Took it to bits, gave it a bit of a clean up as it was rather dusty. The loudspeaker wire had also broken off so that got re-soldered on. Still, nothing from the speaker as before.

The offending article, a twin transformer coil in a can marked LP1175, apparently a fairly common part made by Philips back in the day.

Same device, from a different angle, also the TAD100 IC that gives the radio its’ name. 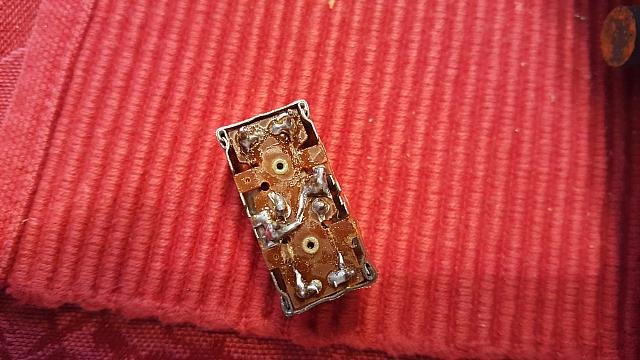 De-soldered the IF can and set it aside, looking at the connections. 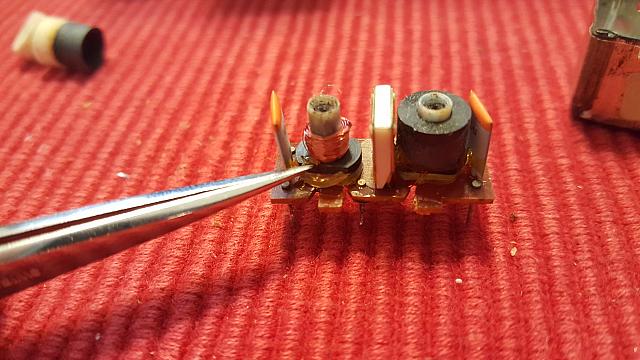 Further dismantled the can, removing the outer shelding, and also the inner ferrite shield that surrounded the primary winding. Pointed at there with the tool is a glob of glue where the primary coil windings pass through- which was fractured and had broken the fine wire.

I managed to unravel one length of wire from one end of the coil and re-soldered it to its leg, the other one was underneath the rest of the windings and wouldn’t come undone far enough to be long enough to reach. I took a piece of regular multi-strand cable, took one strand of copper out of it and fixed it to the short leg- the rest of the windings are covered in varnish so wrapping it around wasn’t a problem. 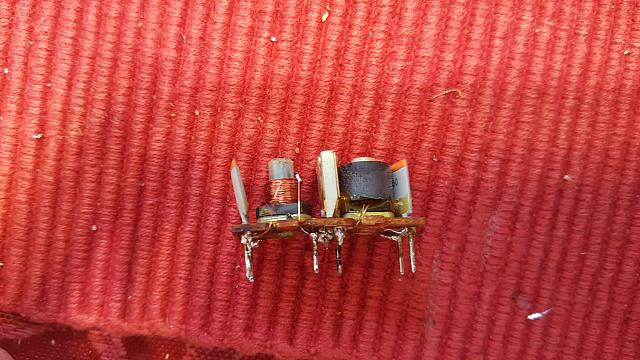 Attached the extension piece to the leg it needed to be fixed to. Put it all back into the circuit, twisted the power dial and POPCRACKLEHISS. Wonderful! Tuned in a local station, a joy to hear audio from this radio after so long.

The loudspeaker had seen better days so I carefully made some repairs with coffee filter paper and Elmer’s glue (PVA) after doing a bit of research on the Internet about basic cone repair. 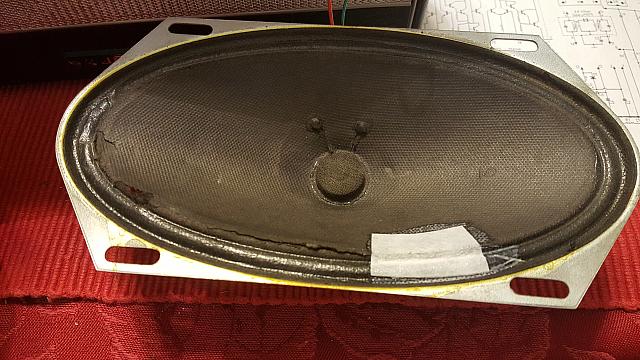 Cutting out more pieces and carefully reshaping the edges lef to an acceptable repair that no longer vibrates with bass notes. 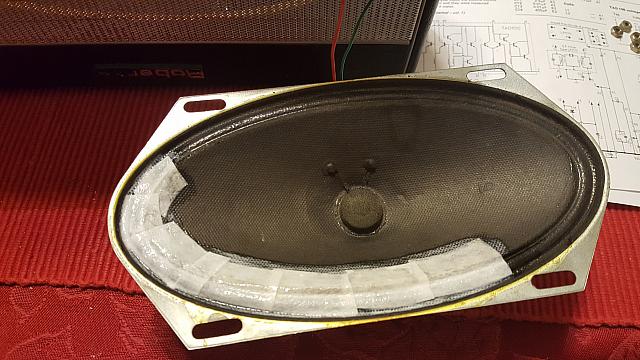 With that done, I set up my test rig and began aligning the radio- it wasn’t bad but it is now easily capable of picking up WSM that broadcasts from Nashville, TN.

It’s nice to have this radio working again. It got the kids interested in the theory, so with the new Snap-Circuits set (circuit building set we got from Elenco) built a small, basic AM radio. Fun times!