I decided to see how the VU meter on the front of my hi-fi comes apart today. I started on the second QX-747 because the meters on it weren’t too bad. 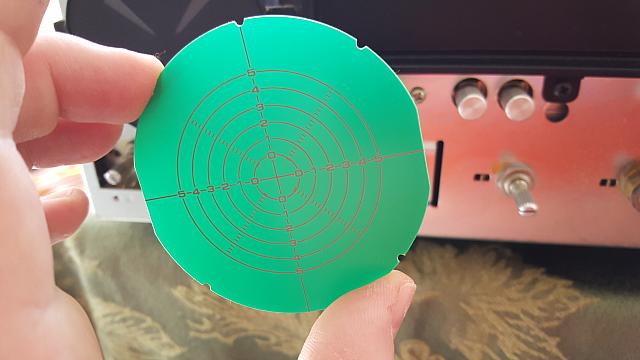 Pulled the lid and front panel off. Prised the green scale out. 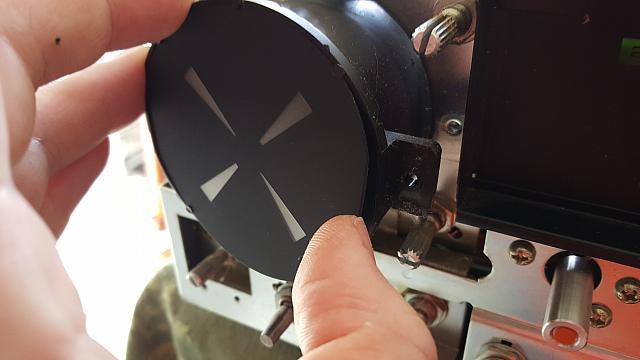 Prised the shadow board out. 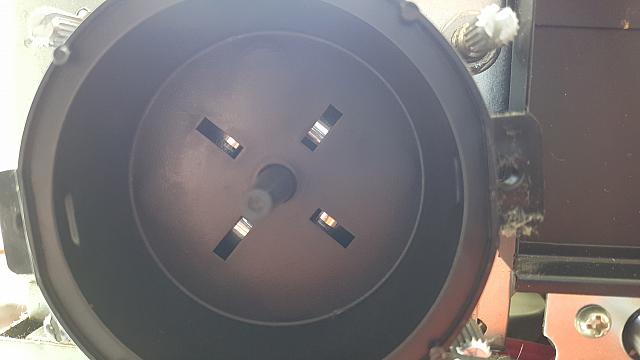 That left me with a big old bucket with some silver bits in. That’s not the way in, then. Not all lost, the shadow board was a bit grimy on the back so that was cleaned up with a soft cloth. 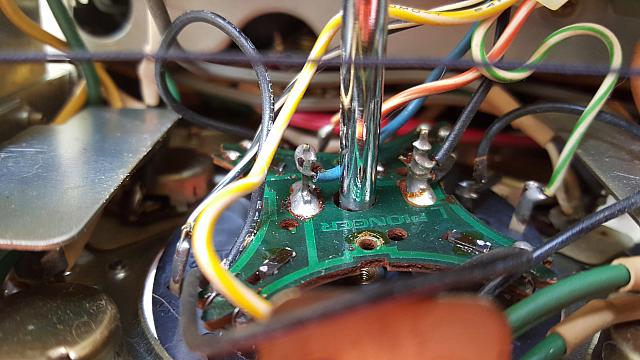 There’s a big fixing screw hidden in the back. Undid it carefully after pulling the entire meter assembly out. 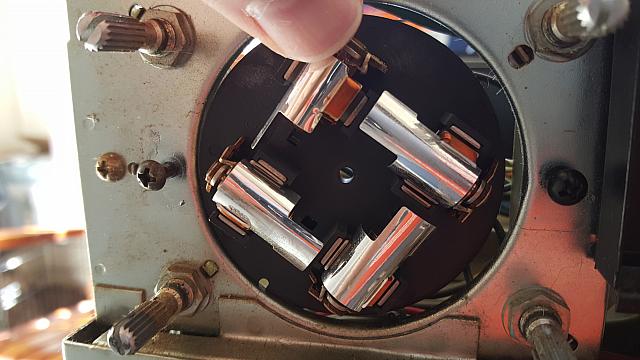 That let the front come off and showed the movements. Small silver pieces attached to moving-coil motors. You can see how they rotate there and let the light shine through the small aperture towards the shadow board. 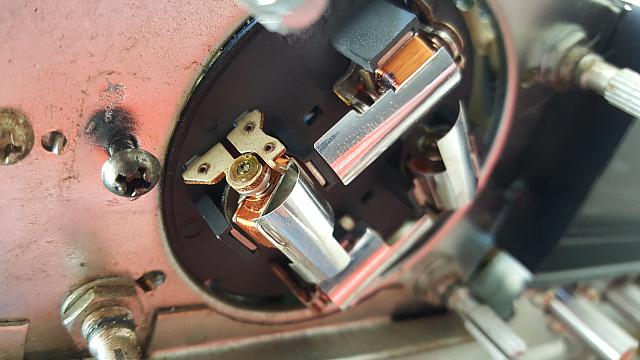 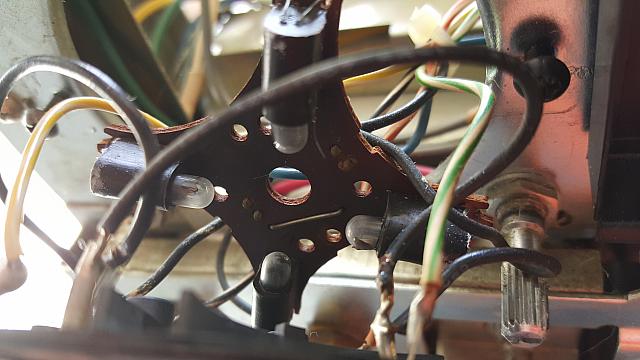 Removed the light board from the back. The bulbs were grimy. 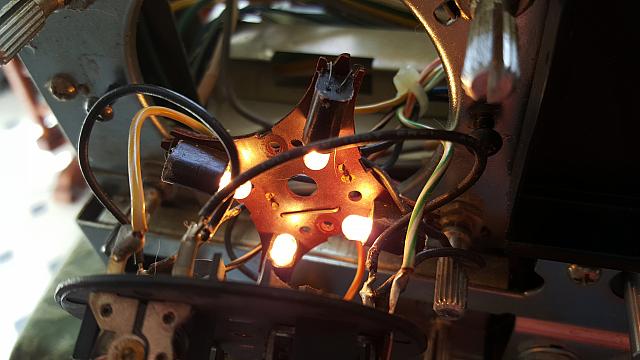 They did all work so set about cleaning them with Q-Tips. 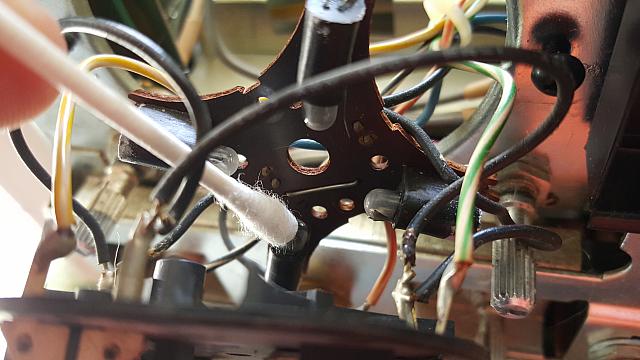 There was quite a lot of dirt stuck to the bulbs. Not sure what all of it was, perhaps the remnants of old colored filters. 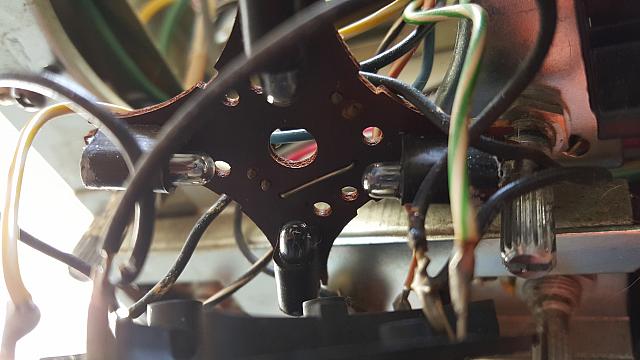 Glass came up clean and clear. 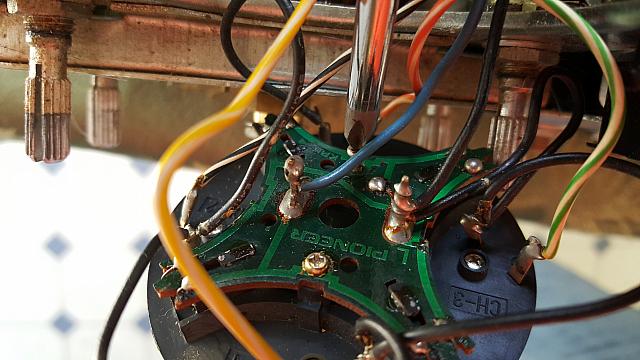 Reassembled the fiddly screws that I managed to drop several times into the case. 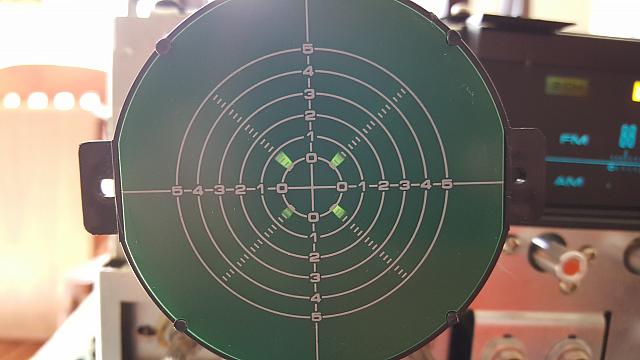 Brightness of each is good and even, the idle position of the lights leaves a little to be desired but the adjustment levers (same as you find in a wristwatch) are glued. I might try heating the glue up with an iron to see if it softens on the other set. 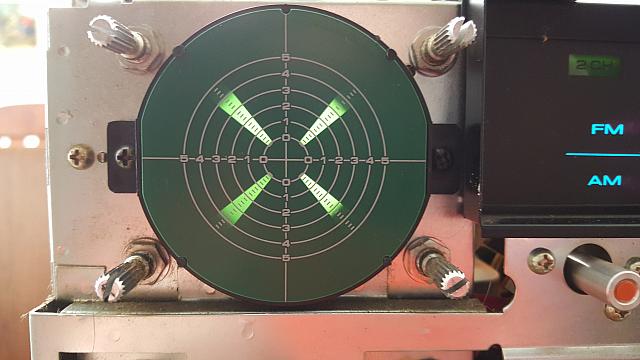 They all move nicely though, brightly lit. 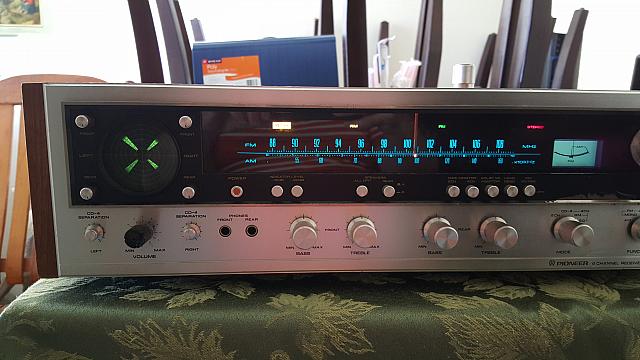 Looks okay with the smoked plastic of the front panel to add a bit more contrast. Shall do the other set now I know how to take it all apart.

I’d had an offer of another QX-747, as spare parts. Initially just as “any bits you want off it”, but the cost of shipping the entire thing was not too bad ($43) so I bought it outright. 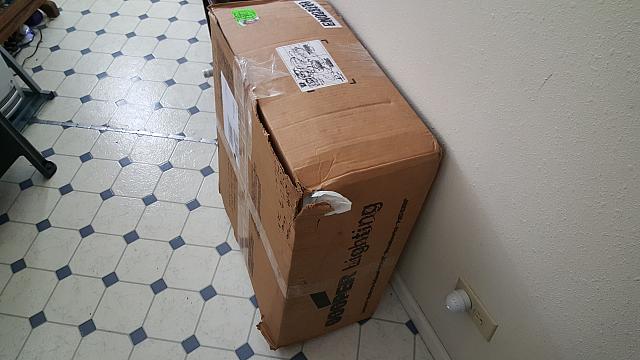 It arrived today. Well packaged, as the courier was UPS. 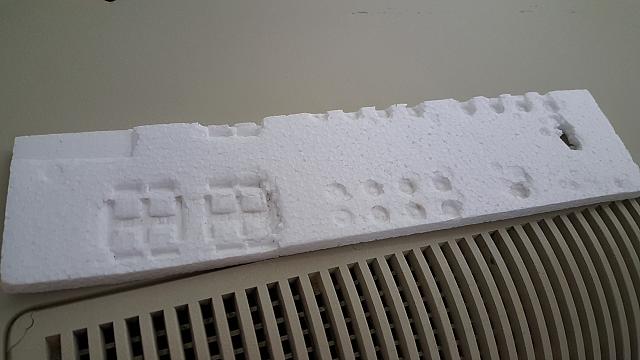 True to form, it had been dropped on all six sides and also on a corner. The speaker terminals and RCA jacks had made a nice imprint in the styrene. 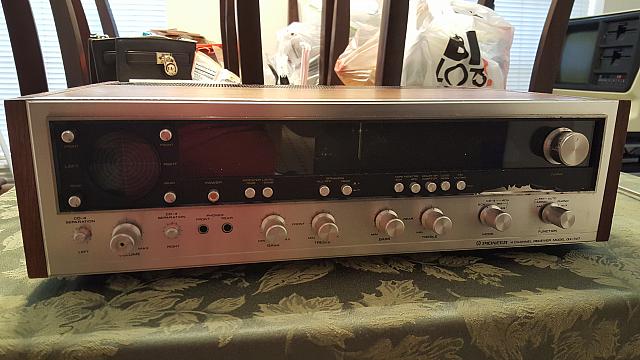 Despite that, it’s all in one piece and unscathed. Cosmetically a little bit left to be desired, but for the price I am not going to complain.

First thing to do? Don’t power it up, pull it apart! It was sold as “not working”, so I wanted to test that theory. Out with the Variac.
Raised the voltage up a little, to about 60V- before the protection circuit has a chance to kick in- and measured the voltages on the amp board. Everything at about half of what it should be. Good deal. Bring voltage up steadily and… CLIK goes the relay. Power down, unplug and go over all the switches and pots with deoxit, then after that dried, faderlubed the pots.

Flashlight poked about, no signs of distress, no hot transistors or caps. Hooked up test speakers. Switched on FM. Pulls in a bunch of stereo channels with no antenna attached. Good sign.
Left channel operational only. Wiggled and pushed buttons, dialed dials. Right channel can be made to produce sound when in RM or SQ mode, which means the feedback is operational from one channel only.

Wiggle wiring around switch bank and tuner section. Nothing much. Hooked up to rear speakers, all channels work. Switch to AUX, hook up Walkman, greeted by stereo. Moved wires to PHONO input, dialed volume of Walkman way down, left channel only. Tape input stereo.

Began to get really quite hissy (transistor noise) so powered down and buttoned it back up. Not a complete basket case, seems like the right channel of the EQ amp is bad so that should be a fairly easy fix.

Need to address the paint on the front panel where it’s coming off (looks like it’s had something spilled on it- amp smells of cat dander and there’s fine hair so pusskins may have made weewee on it and taken the paint off.
Rest of it is cosmetically pretty good so verdict? Not a basket case, due for rebuild.